DALLAS – The Catholic Foundation announced David L. Zvanut as the winner of the 4th Annual Catholic Foundation Plaza Artists Competition.  His work, “Music on Parade” was unveiled during a public dedication ceremony in the Dallas Arts District on Oct. 11.  The ceremony was in conjunction with the week-long grand opening celebration of Dallas’ new AT&T Performing Arts Center.
The winning art will be displayed on a 28’ by 9’8” wall for approximately one year at the Catholic Foundation Plaza, which is free and open to the public and located on the grounds of the Cathedral Shrine of the Virgin of Guadalupe in the Dallas Arts District. Read entire press release

Click on an image to open a larger view 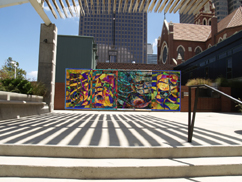 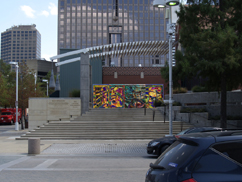 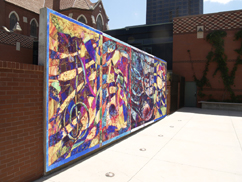 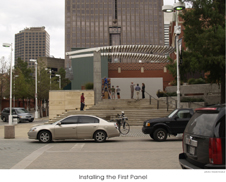 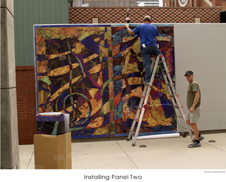 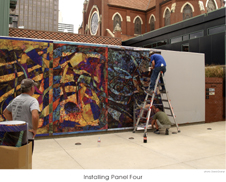 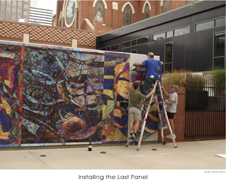 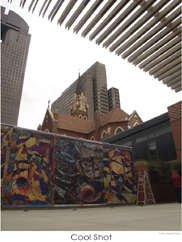 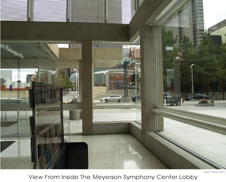 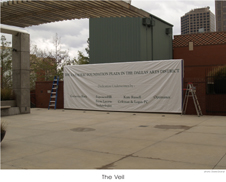 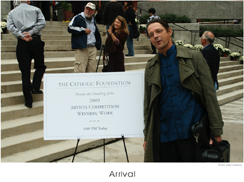 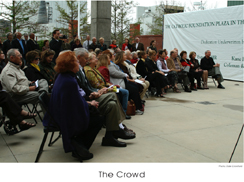 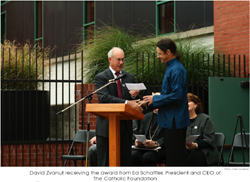 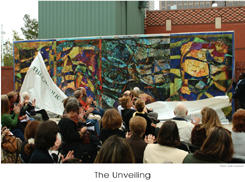 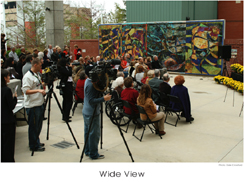 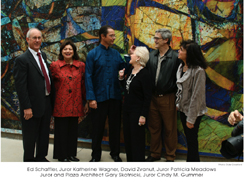 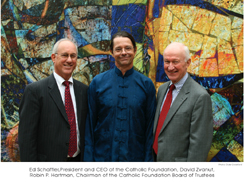 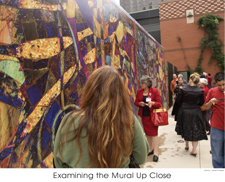 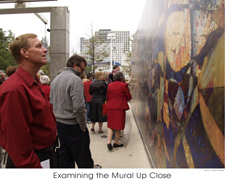 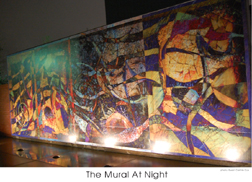